Fear and Loathing on the Internet

I saw a tweet the other day - unfortunately I couldn't process it immediately and so I promised I'd go back to it later.  Surprise, surprise, it's gone forever, buried under an onslaught of new information.  It's not the first one I've seen like this, or the first time I've heard another author talk about being pulled aside/approached out of the blue and chastised for something they've written.  Sometimes by consumers - just people who bought a book and didn't like it - sometimes by other authors - established or otherwise - who had an issue with some aspect of the voice or theme.

I've struggled a lot with this post, because I've had to rewrite it twice.  First time it sounded self-serving .  Second time, more like a pity party.  Hopefully I can get it right this time.

I have been told that what I write is shit.  That Science Fiction and Fantasy are not serious genres.  That to be successful in Canada I need to write Can-Lit, particularly given my last name.  Small town, coming of age, northern and, well, White.  Basically the kind of thing you find in stereotypical ideas of Canada.  If you've followed me, or read anything I've written, I'm not big on mono-cultures.  I like cross-pollination, innovation and new ideas.  Frankly I can't think of anything I'd like to write less than a retelling of the thousands upon thousands of stories that have already been told about my life experience.  Sure I'd have my own spin, my own unique experience, and it'd probably be at least passably interesting, but it'd still be another story about a white kid growing up in rural Prince Edward Island, who doesn't fit in and...basically Anne of Green Gables without the orphan part and from a male perspective. Also updated for the 1980s.

So, yeah, it's already been done.  And very likely better than I could do it.

The point is, I've been told by professors, established writers and even people who aren't in any way connected to the publishing industry that this is the way to go.  And I've consistently rejected their advice.  I write what I want to, because I want to, and anyone who doesn't like that can, in the politest terms possible, get bent. Did it hurt?  Of course it did - my confidence has been shattered more than a few times by people who just didn't want to understand what I was trying to do (not to mention a couple of other times when I had a hard time taking great advice -like from my wife- which ultimately made me a better author, but that's for another time).

Now then, let's get to the harder part.  A lot of writers I've been following lately have spoken up about an additional, and much more difficult, challenge they have to overcome.  Not once in their careers, but on a regular basis. Their identity.  Gender, sexuality, race, ethnicity - yes there are pieces of us that we are born with, but it's the layers of social understanding and expectations and prejudices slathered onto us during our formative years that really screw most of us up.  That's there the whole division of race, gender, sexuality and ethnicity happens.  It's not innate - its manufactured.  It's a system of social constraints that shoves each of us into a box that everyone expects us to be okay with, because for some of us, the box is the right fit.  Nice and snug - comfy.  Never mind everyone else who's struggling - dealing with the pain and anguish and frustration of watching us, happy in our space, while suffering in theirs.


I was lucky.  I fit the box they put me in.  I also happened to belong to the socially dominant group - the ones who've made the rules in the Western world for the last few centuries.  So, despite my challenges, no one's ever said to me (cis, white, male - just in case that wasn't already clear) that I couldn't or shouldn't be a writer. Well, there was one cultist when I was eleven, but I didn't take him seriously.

But this is happening to writers all the time - even very successful ones - who don't fit someone's expectation of what they're supposed to look/act/talk/be like. Sometimes it's an indictment by proxy - 'here's what's wrong with x/y/z, and since you seem to be a member of that group, I'm going to blame you.'  It's incredibly frustrating.  Infuriating.  And hurtful for anyone directly or indirectly subjected to the hateful words, harassment and/or creepy fucking actions people use in these attacks.

Worse, it's not even hard not to do it!  It takes way less effort than actually doing something.  So what if someone writes a book from a perspective you aren't comfortable with?  Or talks about things you don't care about or actively dislike?  Or draws a picture you don't enjoy?  Maybe you use that book or picture to broaden your horizons.  Maybe you don't - maybe you put it down and pick up another one that's more to your liking.  That's fine too.

Or maybe you engage in a discussion with them - seeking to understand why they feel and think the way they do.  Point and counterpoint, but respecting that there are boundaries, and if someone says stop, or that hurts - or that's a problem - you go out and figure out why they said that.  Do the reading - we've got the sum total of human knowledge at our fingertips for Christ's sake.  And believe me, the people you're attacking - they've already done their reading.  They have the research to back up what they're saying.

What you don't do (or shouldn't do, because people still do it) is attack that person's identity.  In doing so, you're doing is trying to invalidate their existence.  Sure, you can claim you're 'defending' yourself against social justice or PC culture, but neither of those things are 'attacking' you.  They simply exist - they are tools that help people communicate and understand each other in a respectful way.  What you're doing, by going after those tools and the people who benefit from their use, is telling everyone that you have no interest in accepting those people for who they are.

What you are saying is that you don't care about whether they're happy or safe - you just want to be able to say what you used to say, make the jokes and snide remarks you used to make, and have no one call you on it.  You want to go back to when it was socially and legally acceptable to discriminate against people.  You want there to be no consequences for your hateful statements and actions.  Because that's easy for you - it means you don't have to change.  Even though that change is a hell of a lot easier than keeping up the fight.

But let's say you decide you still want to fight - what kind of person does that make you if you're willing to go to such lengths to 'other' someone you don't like?  Or don't agree with?  Call them names - threaten to hurt them - tell them their experience, struggles and lives aren't important?  Is that who you want to be?

And before you go down this road, let me just interject - no, this is not a two-way street.  Social structures based on race, sex, gender, ethnicity, wealth and so forth are top-down hierarchies.  They do not go back and forth.  They go one way - downwards - where those on top push their boots into everyone they're standing on.

And if you don't believe me, go do some reading.  Actual reading of actual experts with actual research/social-science backgrounds.  Not fringe work - respected experts - uncontroversial figures who've put together hundreds of years of history, records, experience and writings and come up with a broadly accepted consensus.

Or don't, but then kindly don't bother anyone.

Just me and my wife 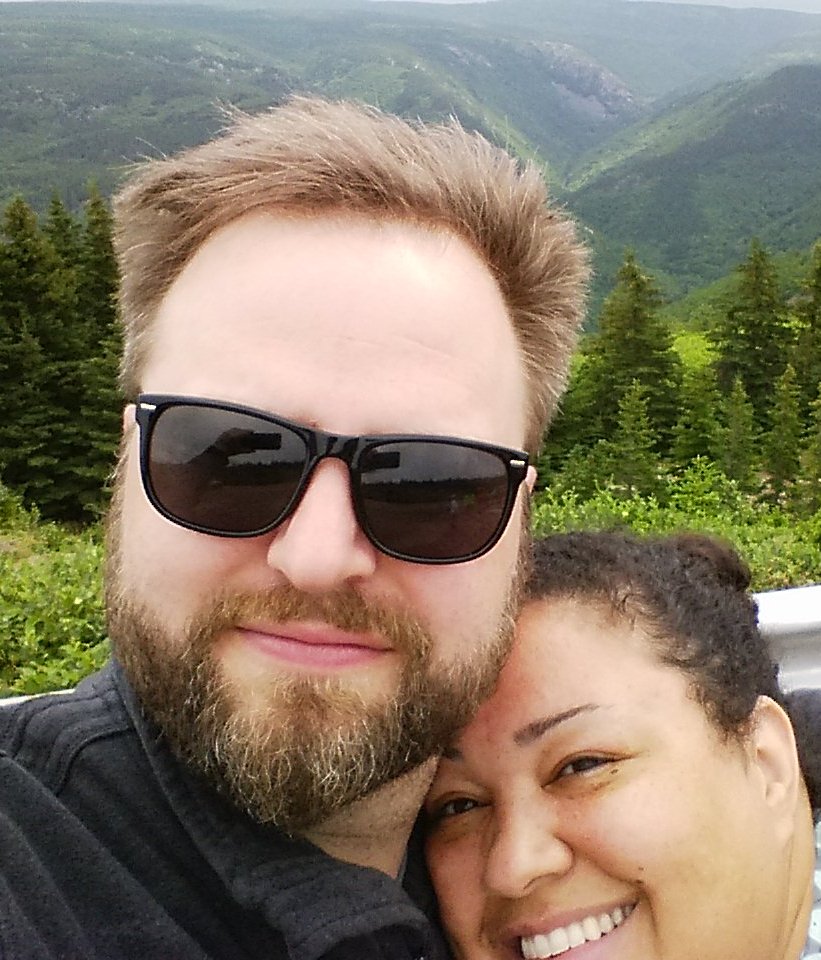